The empirical artifact correction EAK is a proven method for reducing artifacts caused by beam hardening and scattered radiation. For measurement objects of one material and one density, the relationship between the attenuation of X-ray radiation by the measurement object and the transmitted length can be described by a characteristic curve. This relationship is determined experimentally on a calibrated material sample or on the workpiece itself. The characteristic curve can be used in a subsequent measurement to strongly reduce beam hardening and some scattered beam artifacts. This method has proven itself over many years in application, but reaches its limits for some tasks. Newer methods described below allow the specific reduction of artifacts caused by different physical effects. 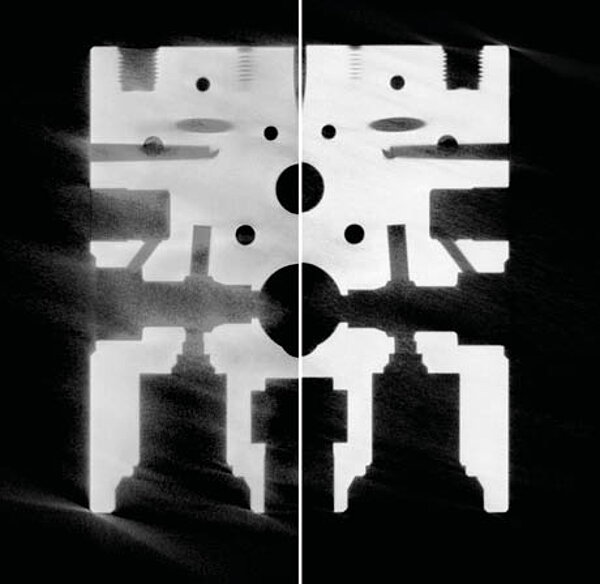 Empirical artifact correction: volume without (left) and with correction (right)

Scattered radiation results from scattering of X-ray photons in the workpiece due to the Compton effect. This occurs in particular during tomography of relatively large objects made of dense materials that are difficult to penetrate. At low magnifications or short distances between the target and the detector, a larger part of the resulting scattered radiation is detected. The main application of scattering artifact correction is therefore the reduction of systematic measurement errors when measuring large objects made of highly attenuating materials, for example, large turbine blades, engine blocks and gearbox housings. 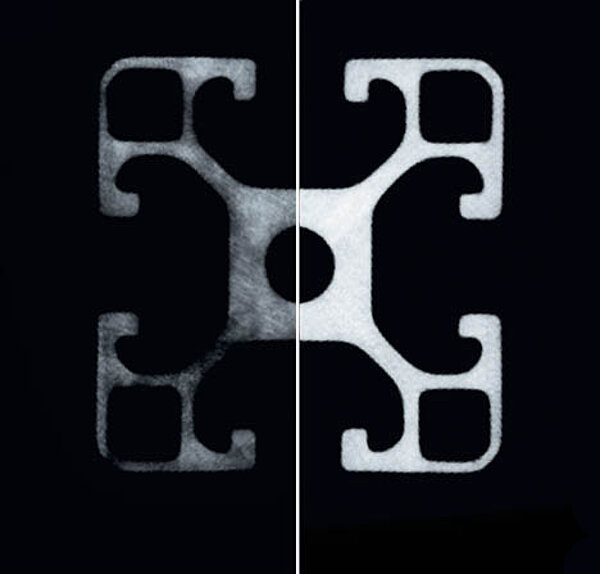 Scattering artifact correction: volume without (left) and with correction (right)

Tomography with a cone-shaped X-ray beam enables short measuring times by simultaneously detecting large areas of the workpiece. However, as the cone beam angle increases, the workpiece is scanned more poorly. A patented method can be used to simulate the resulting cone beam artifacts on the target geometry and apply them to correct the measurement volume. 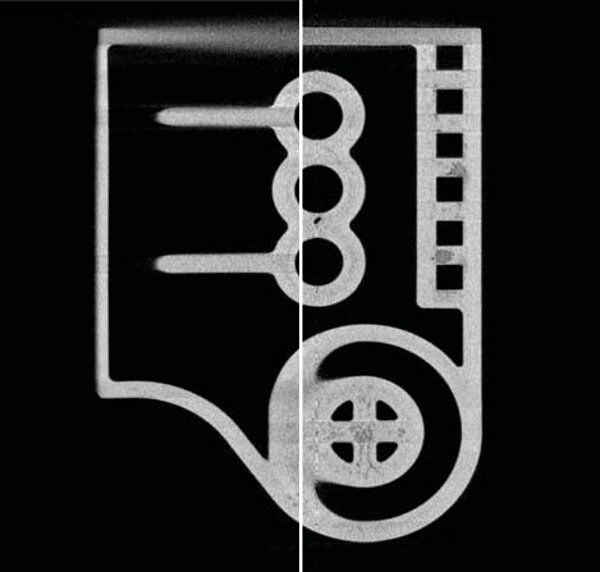 The sensitivity determines the conversion of X-ray radiation into a measured intensity. Due to not fully corrected sensitivity differences, the same radiation intensity at two neighboring pixels leads to darker or lighter gray values, respectively. Back-projection of these differences in all rotational positions results in ring-shaped artifacts in the reconstructed volume.

With the new WinWerth® ring artifact correction, the information contained in the intensity images about the sensitivity differences between the pixels is determined from the current measurement and used for fine correction of the images. In the volume reconstructed from this, the ring artifacts are greatly reduced. These are more noticeable in the case of weakly absorbing workpieces. For this reason, the use of this correction method is particularly useful for measurements of workpieces with a low attenuation capability, such as micro-gears made of plastic, material samples of foam materials or lens packages for smartphones.. 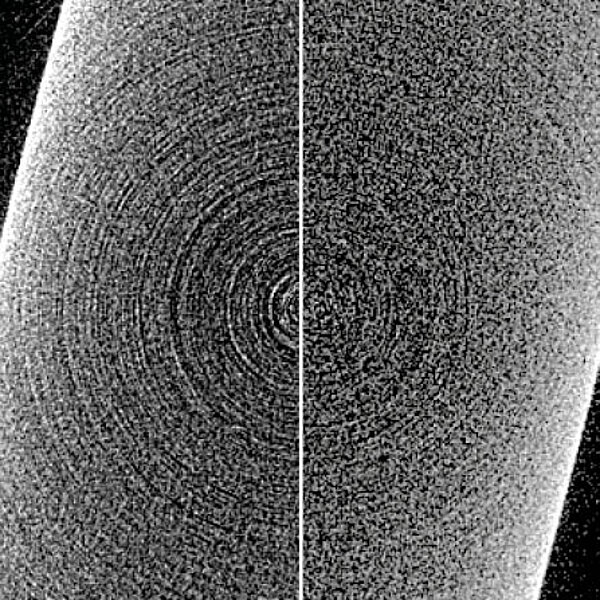 Ring artifact correction: volume without (left) and with correction (right)